I’m back! A new and (hopefully) improved me, along with a new and improved blog! Or at least one that’s a little different from before. It’s been a little over a month since I’ve been around, and it honestly flew by. I’ve had a lot to do and a lot to think about, so I’ll keep it brief!

I plan on going into this a little more in a separate post but I’ll keep it simple for now – I made some huge changes to the book I plan to publish next year. I wasn’t satisfied with where it was going and I was struggling with how to define its genre and how I would eventually market it. I spent a lot of time and consulted some friends about a better direction to take the series.

It was super stressful at the beginning, but I’ve ended up with something I’m enjoying even more than the original, and I’m super excited about it! It’s a bit frustrating in that these changes are making a lot of older work pretty much irrelevant, but the story and characters are stronger and more cohesive with this new direction. I’m currently attempting to fast draft the book so I can get back on track with my writing schedule.

I’m not sure if I’m just in the longest slump of my life or if I’m just picking up the wrong books, but I have not had much luck with reading. I keep starting new books, but very few have hooked me enough to finish them, and I’m not sure why.

Normally I’m a binge reader – I get hooked on a story and I read almost obsessively until it’s finished. Lately, everything I pick up I read a chapter at a time and then I put it down with no desire to pick it back up. This isn’t a new problem, but I was hoping with less on my plate I’d be able to read more. I ended up dnfing several books that had been sitting around for so long I’ve forgotten everything that happened. Not great on the reading front.

If you follow me on Instagram, you’ll know I’ve fallen deep into the Fire Emblem series. I’m obsessed with Three Houses, and I’ve already completed my first run through with the Black Eagles. I won’t talk about it too much here, because I do have a post planned in the coming weeks.

On top of that, in the last week I’ve also become obsessed with Animal Crossing Pocket Camp. It’s just so wholesome and adorable and relaxing. I tend to play games to relax, as there are few things that pull me out of my own head the way a video game will, and sometimes you need that. I’ve been a fan of Animal Crossing since New Leaf, and though Pocket Camp had a bit of a rough start in my opinion – it felt too empty and there wasn’t enough for you to actually do – it’s really improved, and the new event has me totally hooked. 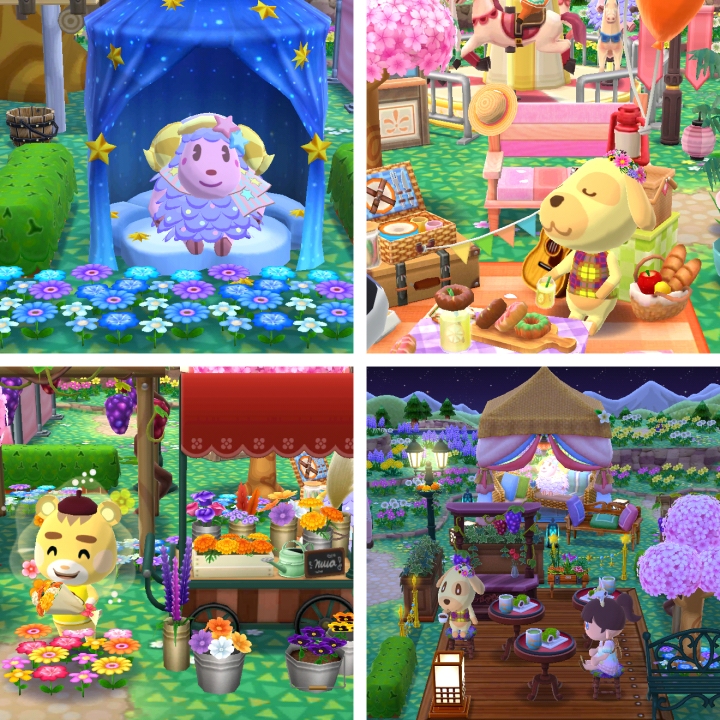 Has been hectic. The week of the wedding was crazy and exhausting, but it was a lot of fun. Two weeks later my sister and I went to Toronto for a few days, and that included a trip to FanExpo. I ate a ton of food, got to try the Link’s Awakening demo (it was awesome), and hung out with some friends. I had a great time, and a little vacation was sorely needed. It’s been a chaotic year, and though it’s mostly been positive, it’s also been positively overwhelming.

What’s happening with the blog?

Having been gone a whole month, I’ve had to consider what I would do with this blog when I returned. Several times before my brief hiatus I mentioned that I was unsatisfied with my schedule – I found it overly demanding and hard to commit to, and despite that, I still tried to maintain it. I’ve had to think about what I was doing and my platform as a whole, and I decided some changes were in order.

The first is that there will always be a new post here on Alyssa Lost in Space every Monday. There will occasionally be secondary posts going up every Wednesday, but those are going to be a little more free-form and I’m not as committed to those posts. If life gets crazy and I need to pull back, I can miss a few Wednesday posts and without putting too much stress on myself. In terms of content, I want to incorporate more fun and thoughtful posts rather than instructive ones – tags, book chats, thoughts on games and the other geeky things that I enjoy. I didn’t make this blog to become some sort of niche expert on something. I wanted to have fun, and I wanted to share, and I want this blog to represent who I am, and I hope, going forward, that my content reflects that a little more.

And that’s what I’ve been up to over the last month! I’m honestly really excited to be back and stoked about the sort of posts I’ve got planned. This break was sorely needed, and I feel so energized and creative! Stick around if, like me, you’re a fan of good stories, video games, or sci-fi and fantasy goodness – I’ve got some fun stuff planned!

What have you been up to over the summer? Have you had a hectic year or was the summer a chance for you to relax and rejuvenate? Let me know in the comments!

This site uses Akismet to reduce spam. Learn how your comment data is processed.